There are quite a few things I wanted to write about during this month of October - the Down syndrome awareness month. There are many things I would like for people to know, to understand, about Babe, about Down syndrome, and about Babe having Down syndrome. There are so many stereotypes and so much outdated and even completely and utterly wrong information about Down syndrome and people with Down syndrome out there that there aren't enough blogs or posts about it to almost even begin to make a dent. So I really should do my part, to better, and certainly more often, be that tiny stream of facts and tidbits flowing towards the great ocean of correct information.

But I've been living instead. Our little family of three has been enjoying life and our new surroundings of Seattle, Washington, learning to exist at sea level without needing to know where the oxygen tank is at all times and how much O2 is left in it, and buying rain gear and learning to wear socks (and not just in sandals) again. Babe has gotten to know Seattle Children's Hospital pretty well, I've managed to get Babe's Early Intervention services started, and Babe's been busy making new Danish, Finnish and American friends just by being her usual hollering (and I do believe she has discovered yet another level of loud) self. The Viking's been hard at work in his new and exciting position, and we've even bought a house. Well, almost, we're still on planet escrow (which really should have more wine on it, but I digress).

So while I have thought about Down syndrome, I've also thought about paint colors, rubber boots with houndstooth pattern on them, furnaces and air ducts, swing sets, doing yard work, finding a hair salon edgy enough for my needs, fall colored leaves, Starbucks, whether a Mexican Costco membership counts in the US (it does), lead paint, playgrounds, home inspections, Gymboree music classes, gutters, driving according to the rules of the road, and many more mundane and grand things.

That certainly does not revolve around Down syndrome.

So here they are, 21 quick facts everyone should know about Down syndrome, so that I can go back to looking at color charts and the new Land of Nod catalogue:

1. Down syndrome is not a syndrome. It is a genetic condition arising from having three copies of the 21st chromosome instead of the more common two copies.

2. Down syndrome occurs randomly at the frequency of around 1 in 691 births and is the most common genetic variant.

4. All people with Down syndrome are individuals with unique personalities and full emotional repertoires.

6. Down syndrome is neither mild nor severe. Different individuals have different challenges and are equipped with different strengths and weaknesses.

10. People with Down syndrome can date, have sex, marry, go to university, have jobs, pay taxes, break up, get drunk, divorce, make good and bad decisions, and learn (or not) from their mistakes.

12. Down syndrome is not something to be fought, eradicated, or in need of an ass kicking, it is present in every single cell of the individual.

13. Bringing up a child with Down syndrome does not require special skills any more than bringing up a neurotypical child does.

15. Down syndrome does not make an individual ugly, nor does it make them beautiful. It doesn't make them anything.

16. People with Down syndrome are not "too stupid to understand" when they are ridiculed.

17. Individuals with Down syndrome can be valuable and productive members of their communities as long as they are expected and given the chance to contribute.

18. People with Down syndrome are not a burden on society unless they are made that by lack of fair opportunities and expectations.

19. Down syndrome is not a subject to be avoided. Questions are good, ignorance is bad.

20. Down syndrome is no joke, but it's not a sentence either. Life already comes with challenges, like Mittens, don't make it harder by being ignorant about Down syndrome.
Posted by Extranjera at 11:56 PM 5 comments:

Email ThisBlogThis!Share to TwitterShare to FacebookShare to Pinterest
Labels: hats that cover ones eyes are possibly not the smart choice in traffic, I ain't no mommy blogger y'all, I would never ever vote for Mittens, Questions are good

That's the word most people (usually the ones who wish to be kind and compassionate) use to describe my daughter, to describe people with Down syndrome. That is the word most parents of kids with Down syndrome use to describe their child. There is a movement called 'more alike than different'. There are blogs and pamphlets filled with analogies that all draw from the idea that one measly chromosome in the complex, intricate medley that is a cell is a big enough divider to make a person different from 'the rest of us'.

What I do have a huge honking problem with is the assumption that 'the rest of us' are all so much the same that we can become the sea of poppies in an especially annoying gardening analogy while a person with that extra chromosome becomes a daisy, or worse, a (albeit beautiful) weed.

Well, I'm no poppy, and my kid's no daisy. I'm not more alike with my neighbor than I am with my kid. My best friend's kid is not necessarily more like her than my kid is like me, just because of an extra chromosome.

We are all different. We are all unique. The extra chromosome should not divide between us and them, as shouldn't race, religion, gender, sexual preference, nationality, language, length of the middle finger, or internet search engine preference.

What is seen as disability in today's world seems to be the last accepted other (as popularized by Said), reminiscent of the previously accepted others - one's sexual preference preceded by the color of one's skin. During my studies of American slavery I remember reading pages and pages of descriptions of the 'negro', and the 'savage'. Ideas and generalizations I thought had been left in history, but which keep returning to me when ever I decide to read yet another 'description of Down syndrome'.


I do wish to show that my kid is beautiful, in case there is someone who thinks that just because she has Down syndrome beauty is somehow beyond her reach. But that's as far as I'll go. 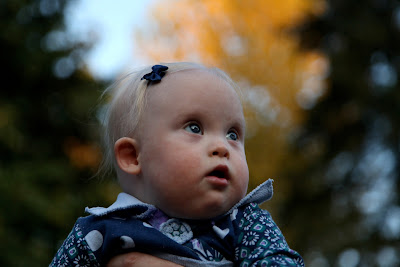 This is my child, and she is beautiful.


Bloghopping with Down wit Dat in May 2014 with an oldie but (an under-appreciated?) goodie post.
Posted by Extranjera at 6:06 PM 4 comments:

Email ThisBlogThis!Share to TwitterShare to FacebookShare to Pinterest
Labels: Edward Said's Other, I'm having a harder and harder time dealing with this idea of 'the Down syndrome' community, reality is pure perception 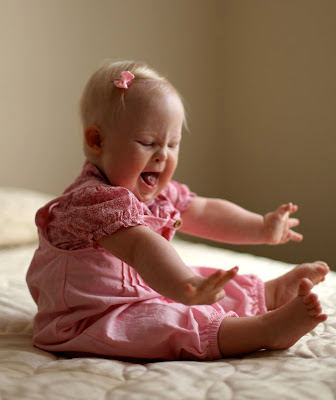 Happy Down syndrome awareness month and Happy Birthday-month Babe. I don't know what we'd do without you in our lives. It would be a lot more quiet for sure.
Posted by Extranjera at 10:17 AM 5 comments:

Email ThisBlogThis!Share to TwitterShare to FacebookShare to Pinterest
Labels: Go Seahawks?, We are in fact living in Seattle but I can't remember how to change the frikken description, Whole Foods is my mistress
Newer Posts Older Posts Home
Subscribe to: Posts (Atom)