Why my kid will forever stink of fish


I was recently told by a renowned doctor (a developmental psychologist) who sees and treats many children with Down syndrome, to stop giving my daughter NuTriVene-D, a multivitamin supplement especially streamlined for people with Down syndrome (there are some deficiencies typically encountered in people with Ds).

Naturally, I wondered why. He had previously told me to drop all dairy out of Babe's diet, which I could understand, since I too had found multiple sources linking casein, a protein in milk, to conditions in the central nervous system, where Babe's current breathing problems originate.

Dairy I could understand. Still, I couldn't see why we shouldn't give our child a multivitamin. I take several different supplements every day myself and attribute much of Babe's coming about to me taking those specific supplements (And to some degree the Viking. I'm pretty sure he was in there at some point during the conception. Let's give the guy some of the credit).

So I asked why, thinking there was some grand connection between something in the supplement and the Babe's nervous system, berating myself for not googling every single ingredient in connection with the CNS.

"It doesn't work," was his exact response.

What? Because of Babe's Down syndrome she doesn't absorb vitamins and minerals like the rest of us?

No. She does. Just like the rest of us.

They won't help boost her immunity and thus ward of infections or at least help in the recovery?

They won't help rectify a deficiency in her levels of vitamins and minerals?

They won't help in improving her overall health?

So what does he mean by 'it doesn't work'?

That they won't cure Down syndrome.

My wish for every doctor Babe or any person with Ds will ever encounter (and pretty much to every person on the planet and/or currently in orbit above it):

See beyond the Down syndrome. Look at the unique life. Understand that the person may have Down syndrome and still be a perfect, healthy individual.

My kid is perfect and I want her to lead a full and happy life, free of infections and deficiencies.

That's why I'll keep giving her a multivitamin, her DHAs, her Longvida Curcumin, and her zinc.

And lots of love and kisses. 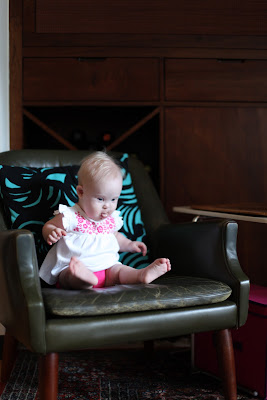 Yes. Sometimes a raspberry is very much called for.
Posted by Extranjera at 10:52 AM

Email ThisBlogThis!Share to TwitterShare to FacebookShare to Pinterest
Labels: coffee for everyone, fish oils also lower the amount of beta amyloid in the blood thus possibly working to prevent alzheimer's, I'm totally one of those moms