And those times quickly amount to evidence of a profound lack of access, inclusion, acceptance, and equality. Words are not just words.

Yesterday Lydia Brown, who blogs at Autistic Hoya, started a hashtag on Twitter called #abledpeoplesay. It quickly garnered the attention of many people with all different kinds of disabilities, a few allies, a few abhorrent bots (that's a good sign in terms of trending popularity), and eventually of "abled people" some of who felt the need to criticize it, its aims and its purpose.

I think I know what Lydia meant to do with it, but in reality I can only assume (all right, I'm just guessing). I think she meant to give a place to disabled people to speak about their everyday experiences of tiny, as well as some earth-shatteringly huge and devastating, acts of discrimination. I think she meant to make people coming across the tag to check themselves, their actions, and their attitudes, but also, and this is still me assuming here, she probably wanted to create a place for people to not feel alone in being subtly and not so subtly oppressed. By society, by complete strangers, by their families, and sometimes by themselves.

I think she succeeded, and the tag is still going strong.

I learned so much from the tag. If you haven't already, you really should check it out.

But it also made me think more about some things that I have quietly and not so quietly been turning over in my head for some time:

Whose responsibility is it to work for change in society, to work for acceptance, inclusion and equality?

What makes a self-advocate?

Who defines what is exclusive, hurtful, or offensive towards a minority? (I know this is kind of an easy one, and there really only is one right answer- the minority in question - but I'm including it for teaching purposes :-D You'll get that "joke" later)

Whether "You'll catch more flies with honey", "Educate, don't castigate," and "Don't just complain, do something about it" aren't just ingredients in a soup of tone policing in lieu of actual counterarguments, silencing, and ways of interjecting yourself into a debate not about you instead of actually listening? (Yes they are, I'll tell you that right now, but I'm including this to make a point in more than 140 characters.)

A DUTY to change a resistant society

As I watched the tweets accumulate on the tag there were a few criticisms regarding what the tweeters termed as a "campaign". Someone tweeted "Disappointed by the #abledpeoplesay movement. Is this an educational campaign?" assuming that this was a concerted effort by members of a movement to educate. That this was about them (us), the abled people, and not about the people tweeting their frustrations, their hurt, their diminishing and dehumanizing experiences (and in my case a few choice "well-inteneded" comments about my own child that I hope she never has to hear when she's old enough to understand their true ableist weight) to each other and perhaps to an audience that was willing to do the most important thing a potential ally could ever do: listen to the member of the oppressed minority and not elbow themselves into the spotlight or educate the oppressed minority on how "best" to do things.

The initial criticism was followed with "[The hashtag] comes across as angry and sarcastic." as if that was a bad thing, something that should be avoided in the noble fight of the noble people with disabilities for noble and forgiving freedom, in their noble wish to gently educate those who just mean well. Eye roll. If that comes across as angry and sarcastic then at least I'm on point.

Did I mention tone policing as a tool for silencing and derailing?

And in case you were wondering how disabled people should go about their lives the tweeter offered this last bit of helpful wisdom criticism: "I prefer to shock with intelligence vs shame." Because when someone undermines your clinical depression/ your insistence that autism isn't an epidemic and there's no need for a cure/ your right to identify yourself by X instead of Y/... or some dehumanizing tidbit of curiosity-gives-right-to-personal-information just because (Why? Because they haz opinionz on thingz? Other post…) there's nothing like sending them to that massive database that has it on file that people with disabilities are people too and explains it all nicely and politely to a person who is willing to listen and able to empathize.

Engage more sarcasm (and maybe a pinch of anger, but I'll be honest most of that is just my delightful personality):

Because people with INTENTIONS have a RIGHT to know and be educated ON THEIR TERMS and WITHOUT BEING OFFENDED in any way, and it is up to THOSE WITH DISABILITIES as a movement to MAKE THAT HAPPEN, to figuratively RAISE THEMSELVES out of OPPRESSION as long as they're NICE and POLITE about it.

Big EYE ROLL (These are making my sockets ache). I mean what could you possibly learn by reading a slew of things that you've lobbed at disabled people without thinking and learning how much you've hurt and violated them and their existence, anyway? Nothing, I tell you, nothing! There's no way you'd know more about what not to say after that. Nope. Never.

And then again, it shouldn't be up to the abled people to try to learn about inclusion, acceptance, or equality. I mean, simple 30-second google searches on any of the above turn up absolutely NOTHING.  Life's just too complicated to do anything for anyone but myself, right?

My kid is two. She likes Sesame Street, vegetable stick fries (which are probably just dyed potato chips and I'm a gullible parent), her lion toy, and dancing.

She doesn't understand that she has Down syndrome. To be honest, I don't think she understands that I have the magical ability to tell her that "Ice cream is all done. No more." even when there actually is more in the freezer. Because she is a toddler. She doesn't yet understand what being disabled will mean for her life. She's more interested in trying to figure out which button turns on the television on the remote (and how to get to that remote on top of the book case).

There aren't any new pictures of her in which she is identifiable on this blog (or really anywhere apart from closed, familiar communities) because she hasn't told me that she'd like to be used in a "campaign", as a tool for a movement to do with advancing the causes of those with Down syndrome. If she one day tells me that she'd like to be out there self-advocating with whatever tools she'd like to use, she's welcome to it (Perhaps like Lydia Brown or Eric Matthes, she'll become a force to be reckoned with?), but I can't make that choice for her. She is not an awareness campaign, nor is it her responsibility to educate anyone. Life cannot be moving from a teachable moment to the next, simply focusing on intent when impact is what we end up living with. And even then, without aggressively focusing on the foundation that allowed for a good intention to go so astray as to become a violation of someone's full personhood instead, all we're left with is a sad "sorry you're offended" or in Twitterspeak: #SorryNotSorry.

Advocating is not even my responsibility. It's my desire. It's what I feel driven to do. Not just because of my disabled kid, but because I want to work for a world that is better for everyone, more equal, less cruel, less arbitrarily dismissive and silencing. A world in which more people are less focused on themselves and more focused on others and how their existence affects the existence of others.

And while it hurts me to my core that my child is not often seen as an equal or worse, I can't speak as her. I can raise her, guide her, give her kickass tools for badass fights for equality, and advocate for her while she takes some time to enjoy her childhood, I can't ever be her, or even know what it's like to be her.

But I'm trying to listen. Let it sink in. Really sink in, instead of looking on as we, the abled people, abled parents, decide who, what, how, when, and where, for this movement.

I mean, really let it sink in. 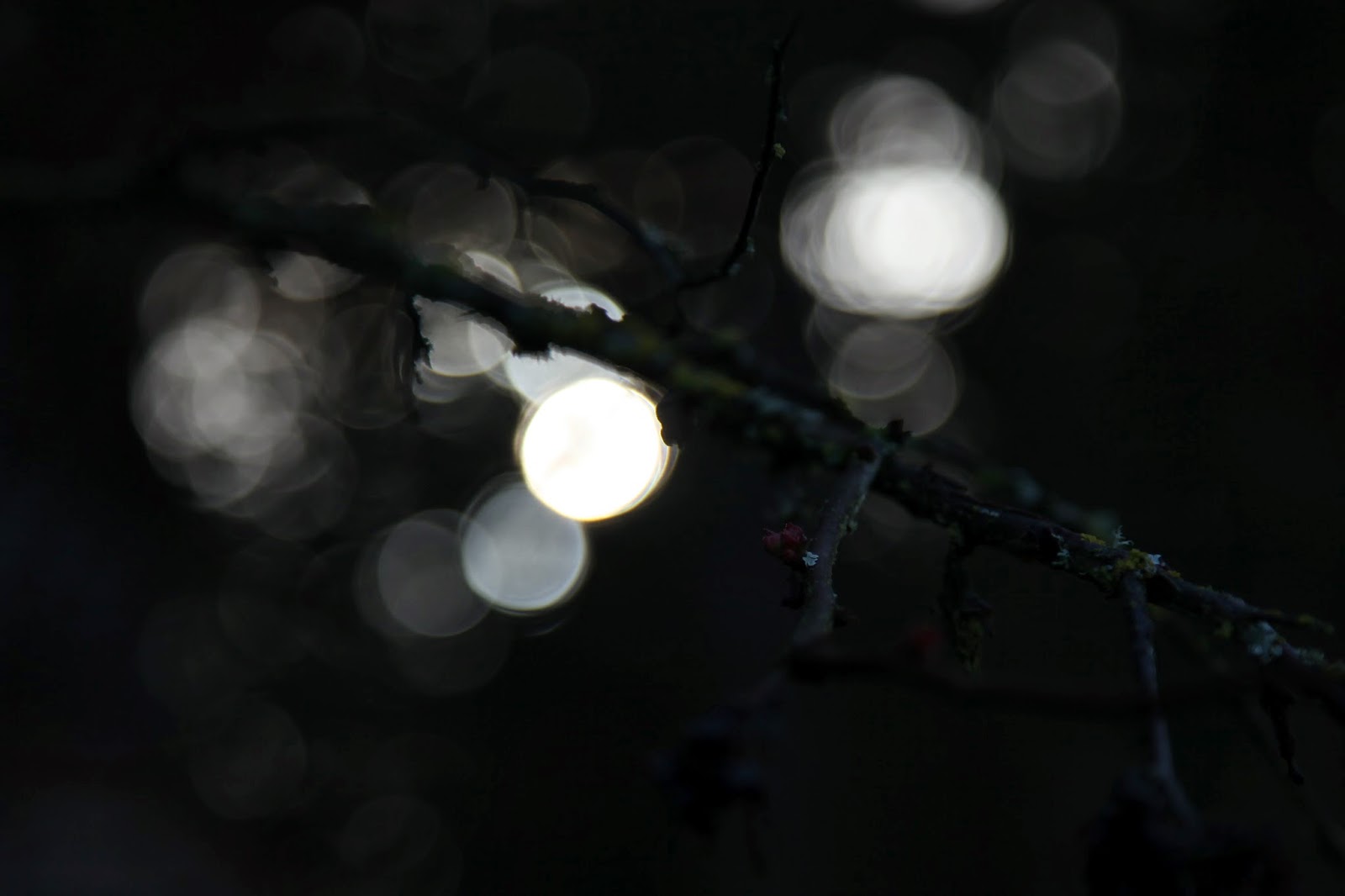 This is NOT about me. Not everything is about me.

Trying to find out who the real architects of change should be.
Join us at Down wit Dat.
Posted by Extranjera at 3:23 PM