I don't respect your (or my) intelligence

Why do we talk about intelligence, intellect, smarts, and cognitive function so much and why does it seem like having them in oodles is an unequivocally good and positive thing? Something to be respected and revered?

Something to strive for if you're deemed to have "learning and memory deficits".

Or to put it more bluntly and in a polarizing manner: Why are evil geniuses something that only seem to exist in fiction?

Where is the love for the unique, middling, average, common, regular individual when it comes to intelligence? Why is often the most disparaging thing we say about an intelligent individual's intelligence that they are "wasting" it?

Why does the frightening part about Down syndrome seem to boil down to what not so long ago was known as "mental retardation?"

There are many people in my life and its periphery (lucky for them way out there, lest I'd have dispatched the flying monkeys already) who have sent me articles, videos, stories, and more about what individuals with Down syndrome are capable of, what people with Down syndrome have achieved, what all will be possible regardless, in spite of, in the face of, as well as, and I want to specifically add this as a negative also, because of Down syndrome.

As if I didn't see every single day what my kid was, is and will be capable of. As if I weren't watching. As if my child existed in a vacuum as the syndrome and not as my specific, hard-to-handle kid, who will be and already is very much her own person with her own strengths and weaknesses and passions and dislikes.

As if I didn't know. As if I weren't irrevocably and embarrassingly in love with her and think her the best bees knees that ever was. As if I weren't the one person in the world with nothing but unconditional love and bottle-bottom-like mom-goggles of pure wonder for forever, for my daughter.

As if I were worried that she wasn't "smart enough" to survive our society.

I am worried. Of course. But my being so has nothing to do with my kid and her particular Down syndrome and everything to do with you, the society, and the completely random ways that lead to survival and success today. These completely arbitrary ways in which we place value on other humans.

We often say we respect someone whose views are completely opposite to ours when they can argument for those views in intelligent and educated ways. We say we enjoy educated debate. How did that happen? Why should I respect a tea partier for being able to argument for something base and vile in ways that draw on theory and critical analysis?

Just today I stumbled on a discussion on Twitter attempting to trace the unjust end of the Dunn trial to a juror's potential "cognitive deficits" rather than a system of racial oppression in the US.

There are constant comments coming from within the Down syndrome community. "Reading above grade level" said Cathy McMorris Rodgers of her son in the rebuttal to President Obama's State of the Union Address. I'm sure she meant well (And yey for her kid, I guess? Not sure.) but where does that leave someone who will not live up to that, now tacitly set, standard?

I have written about achievement before, when Babe was only 8 months old. I can't believe I'm still feeling the need to hammer on and on about it. Others have written about it too. And written about it some more. People are taking on language, really slurs, that are used to attempt to inflict embarrassment and hurt (or what, I don't know?) by equating the recipient with someone not traditionally considered intelligent or with someone having a lower, as measured by the standards today, intelligence quotient (IQ). Slurs that when used by certain people - those wanting to place themselves on the right side of history - not only dehumanize, but minimize ableism, especially and most alarmingly in the context of social justice struggles.

Often equating, implicitly as well as explicitly, the recipient of the insult with someone like my kid.

Many people have repeatedly taken on the slurs retard and retarded. Others have challenged special and even created glossaries (check this out, please), others remind us of what all the slur 'stupid' really carries in its connotations. There exist great analyses on why ableist language is never "just words". I've talked about the rhetoric of ableism many times and will do so again. I'm sure.

But I also feel the need to reel it all back in a little bit and really address the foundation of it, something that continues to catch me off guard in the realm of social justice:

"They treated me as if I weren't intelligent."

"Just because I have a learning disability doesn't mean I'm not smart."

And many other statements that always come with a caveat that can be broken down to an assertion of intelligence regardless of some physical or developmental disability.

As if intellectual disability is the worst, lowest, least desirable, and in most need of fixing kind of a disability. As well as a disability that doesn't in fact stem from a society that ignores the needs of those with lower IQs, but that is an impairment, a deficit that should not exist and that society doesn't have to accommodate for.

These statements are like a sharp punch, right in my gut. Every. Single. Time.

They exclude my kid. They designate her as less worthy. They function to place her on the lowest rung on the ladder of humanity. They reinforce that ladder that shouldn't exist in the first place!

When people have privilege, the empathetic thing to do is to check it, not go "People think I'm of this oppressed group, but I'm actually not and it really pisses me off when people assume I'm not privileged." No one says that. Except for when they do about intelligence.

Intelligence privilege. It's a thing.

I won't waste your time telling you just how smart my kid is. Because she may not be smart, I don't know. She may not grow up to be intelligent. Statistics and research put estimates of her future IQ likely somewhere between 25 and 70. She might grow up to have an IQ of 75, who knows? But she might also have an IQ of 35. But that shouldn't make a difference in her worth, her value as a person, as a member of society, as a human being.

It's not about all of these things people with Down syndrome can do. Or about some undiscovered third eye/ spiritual connection/ alien coding abilities for when the overlords land they might have. It's not about them, it's about us.

And how fucking fucked up we are for looking for reasons for existence for them.

I don't have any of that. Why should my kid? I mean, really, think about it. I'm the result of some beautifully complex biology, some hard work, choices, situations, networks, love and some will, mine and others.

I have no purpose. There is nothing that justifies my being here, doing what I do. Why should the standard be different for my child?

So when you call someone stupid, or think it a total win to attack by trying to denigrate someone's intelligence I want you to stop, look in, listen, and reflect. I don't want you to just stop using slurs (Although could you please? Thanks so much. Now, see how easy that was to stop contributing to hurt and oppression? Don't be an asshole when you can avoid it, unless you have a really good reason and here you really don't, k.), but I'd like for you to give this concept of intelligence at least as much critical thought as you give beauty, body type, race, height, gender, in regards to what all these "say" about the person, their worth, their character, their self, or ( Zeus forbid, I really don't want to even mention this because why would you attack someone's person instead of what they just said) their argument, and what you, by bringing this attribute into the discussion, nay into your value hierarchy, are putting out out there into the world.

Intelligence can be a valuable tool. It gives you privilege. But so do good looks, white skin, and wealth, but we don't agree that those should be respected without question and challenge, or deemed as the norm that all others must conform and aspire to. We fight those arbitrary standards. Let's fight this too. 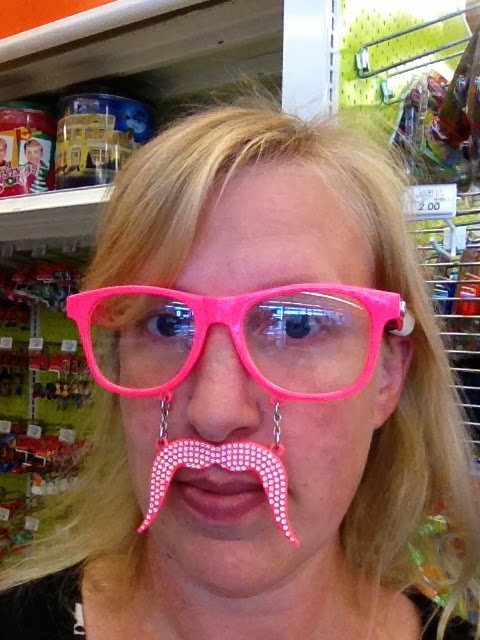 Is this a smart choice? To be honest, I don't know. But then again, I don't really care either.
Posted by Extranjera at 10:27 AM

Email ThisBlogThis!Share to TwitterShare to FacebookShare to Pinterest
Labels: advocacy sadly has nothing to do with avocados, fucked up people, I will tell you how to live your life if you'll let me